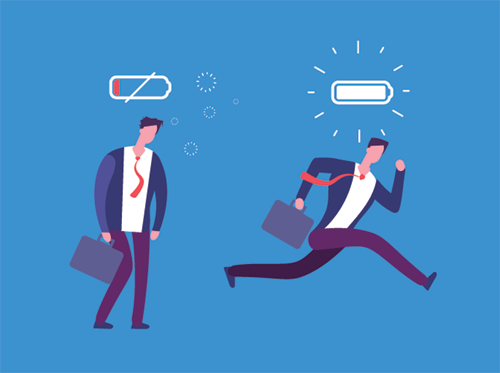 > Back to Blog Top

How to Avoid Burning out Your Data Scientist

There's no doubt that data science has become essential for the growth of today's data-driven enterprises of all sizes. That's why Glassdoor has named the role of data scientist the best job for the last four years (2016-2019), based on salary, job satisfaction, and number of openings. Job openings for data scientists, in fact, soared 56 percent from 2018 to 2019, according to LinkedIn, which also rated the role as the top job of 2019.

One of the primary factors contributing to this revolving door of data scientists is burnout. Here's what you can do about it to keep the best and brightest data gurus you need for your organization to succeed.

Why Data Scientists Are Burning Out

In other words, many data scientists have too much on their plates. Fortunately, managers can off-load much of that work to free-up their experts for higher-level tasks that can contribute more to the bottom line — and that will lead to higher job satisfaction.

You hire a data scientist because they are good at doing statistical modeling that not many—if any—in your organization can touch. They are not only familiar with terms like a "random forest," but they can actually “grow" them — by which we mean: work on these types of projects. By the way, a "random forest" is a classification algorithm consisting of many decision trees.

Despite their stellar skillsets, many data experts are expected to perform more mundane tasks instead of, for example, running a model to predict how customers will respond to a marketing or sales campaign.

While data scientists often get stuck doing grunt work, freeing them from those tasks is not as simple as letting those jobs fall by the wayside. Even the small stuff still needs to get done. Much of it is prep work, such as data gathering and organization that feeds the databases used by analytics experts. Other data-related tasks include those that a business needs to do as part of its day-to-day operations.

Mundane, but necessary, tasks that often fall into a data scientist's lap by default include:

The good news is you can handle many of these tasks through other job roles. For example data engineers can take over data cleaning and data governance duties. And data analysts can often handle reporting work and low-level analytics. But if their skills fall short, you'll need data scientists to step in to help. Automation can also help relieve your best and brightest from dealing with repetitive tasks.

Automated machine learning, or autoML, helps take the load off data scientists by performing many of the time-consuming tasks that are all-to-often asked of them. These tasks include collecting data and training models — computational representations of real-world processes — with that data in order to drive predictions. AutoML enables lower-skilled workers to handle many types of analytics jobs.

A tool such as KI, for example, can perform many of these low-level tasks quickly, and with minimal intervention. It also can automate some higher-level tasks.

Automation frees-up data scientists to work on high-level tasks that will provide a higher return on your data science investment. It also lets them breathe more easily and, hopefully, compels them to put their resumes away.

For more about how to put AutoML tools to work, see “How Are Automated Data Analytics Tools Becoming More User Friendly?"

NEXT POST : How AI Boosts the RevPar Equation for Hospitality Brands
LATEST POST : Data Governance Requires You to Walk the Talk